Brett Colby of Kokomo High School has been named the Colts/NFL Coach of the Week, a program presented by Anthem Blue Cross and Blue Shield.

Coach Colby was nominated and selected for this award after rallying his team to face great adversity with servanthood. After their game had to be cancelled due to tornado damage, the team joined forces with would be opponent Hamilton Heights to help the devastated areas with clean-up relief.

The 2016 season marks the seventeenth year the Indianapolis Colts will be recognizing outstanding Indiana High School football coaches through the Colts/NFL Coach of the Week program, presented by Anthem Blue Cross and Blue Shield.

All high school head coaches in the state of Indiana are eligible regardless of their school size, league or division. Coaches are evaluated on various factors including the coach's impact on his team, school and community, as well as performance of the team. The honorees are selected by a panel of high school football media, former athletic directors and other football representatives from all regions of the state.

Each Monday, following a high school football game weekend, one head coach will be announced. At the conclusion of the high school football season, each winning coach will receive a framed certificate signed by NFL Commissioner Roger Goodell, Colts Head Coach Chuck Pagano, Colts General Manager Ryan Grigson and Colts Youth Football Commissioner Mike Prior, as well as a $1,000 donation from the NFL Foundation. In addition, Anthem Blue Cross and Blue Shield will contribute $1,000 for the school's athletic fund.

The following coaches were recognized as honorable mentions for Week 2:

For more information, please contact Phil Andrews of the Indianapolis Colts at (317) 808-5322. Brett Colby is also available for questions/comments at 765-437-4113. Additional information on the program may be found at Colts.com/highschoolfootball. 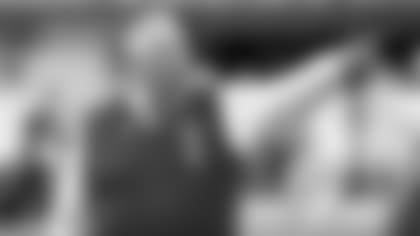 Eric Moore of Center Grove High School has been named the Colts Coach of the Year, presented by CenterPoint Energy, the Indianapolis Colts announced today.

Dave Pasch of Indianapolis Lutheran High School has been named the Colts/NFL Coach of the Week, presented by CenterPoint Energy, the Indianapolis Colts announced today.

It's All About The Team For Whiteland's Peyton Emberton

Max Mullis Hopes to Guide West Lafayette Back to Indianapolis

Our opponents are set! Secure the best seats & best benefits for next season, and be there live for exciting matchups against the Pittsburgh Steelers, Tampa Bay Buccaneers and more of the NFL's best opponents. Request more info or view our 3D Seat Viewer below!