COLTS TO VISIT TERRE HAUTE ON THE

For the 40th year, post-season play will begin as 315 schools were placed into brackets a few weeks ago for the IHSAA Football State Tournament presented by the Indianapolis Colts.

The Tour will be open 90 minutes prior to kickoff and will feature the Colts traveling museum, Colts In Motion.  Colts In Motion is a 42 foot trailer equipped with interactive videos, a chance to feel the field turf, and a behind the scenes look at the team.  Other Friday Night Football Tour elements include Colts Cheerleader autographs, a Quarterback Challenge football toss, Colts giveaways, and a chance to register to win Colts tickets. 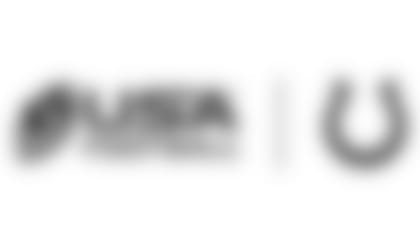 Nick Hart of Gibson Southern High School has been named the Colts/NFL Coach of the Week, presented by CenterPoint Energy, the Indianapolis Colts announced today

Eastbrook's Jeff Adamson humbled to be part of elusive group

Our Home Opener vs Kansas City and Monday Night Football vs Pittsburgh are officially SOLD OUT! Limited single game tickets are available for remaining home games at Lucas Oil Stadium.

Find Tickets
Advertising
The browser you are using is no longer supported on this site. It is highly recommended that you use the latest versions of a supported browser in order to receive an optimal viewing experience. The following browsers are supported: Chrome, Edge (v80 and later), Firefox and Safari.