Buffalo's Marquise Goodwin scored on a 107-yard kickoff return in the second quarter, igniting his team in a 44-20 victory over the Colts in Sunday's preseason opener. Andrew Luck played just two offensive series for Indy, passing for 51 yards.

However, Buffalo's Marquise Goodwin provided the day's biggest play in front of a sun-bathed crowd that enjoyed open-roof conditions at the stadium. Goodwin's 107-yard kickoff return in the second quarter tied the game, and the Bills used his electrifying touchdown to catapult them to a 44-20 victory.

Indy quarterback Andrew Luck completed 4-of-6 passes for 51 yards before taking a seat after two first-quarter series. Matt Hasselbeck took over and hit 4-of-8 passes for 75 yards, with one touchdown and one interception. The TD connection was a 45-yarder to T.Y. Hilton, whose diving catch was a thing of beauty that led to an early 10-3 lead for the Colts.

"What a wonderful ball to T.Y.," Luck said after the game when asked about Hasselbeck's contributions. "You can tell: (Hasselbeck) knows football. He knows situations. He knows how to move the ball. He's been a great addition."

As for Luck's own performance, it was more difficult to assess in light of the limited playing time.

"I think you try to take a critical eye to when you were in the game," Luck said. "I obviously wish we could have scored some points and had a little longer drive, but I definitely think there's a lot to take away from this."

Chandler Harnish moved in as Colts quarterback early in the second quarter and finished the game.  He completed 14-of-33 passes for 109 yards with an interception.

The huge kickoff return by Goodwin seemed to lift the Bills in all phases of the game, and their defense made it especially hard on Harnish and the other Indy reserves.

Buffalo rookie quarterback EJ Manuel produced a strong first half, hitting 16-of-21 passes for 107 yards and a touchdown in the final seconds of the second quarter. The TD, a 17-yarder to Dorin Dickerson, came at the end of a drive on which Manuel went 9-for-9 for 68 yards. It provided his club with a seven-point lead at halftime.

The Colts defense tried to keep the game interesting late when Caesar Rayford slammed into Buffalo quarterback Jeff Tuel as the latter attempted a fourth-quarter pass. The ball popped loose and Daxton Swanson carried the fumble 72 yards for a touchdown, slicing Buffalo's lead to 10 points.

But the Bills put the game away with two more touchdowns, one from the offense and one from the defense. The one-sided nature of the final score left the Colts with plenty to work on when they return for the final week of training camp at Anderson University. The Bills had 27 first downs to the Colts' 14 and a possession time advantage of 34:11 to 25:49. 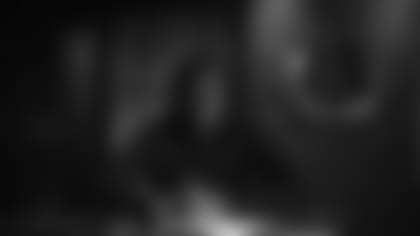 Tarik Glenn To Join Colts Ring Of Honor On October 30

Fans may purchase single-game tickets to the Oct. 30 game and other home games at Colts.com/Tickets or Ticketmaster.com.

The Colts held Day 1 of their rookie minicamp on Friday at the Indiana Farm Bureau Football Center.

The Colts will host Patrick Mahomes in their home opener and play primetime games against Russell Wilson, Dak Prescott and Justin Herbert in 2022.

The Colts will open the 2022 preseason with a road game against the Buffalo Bills before hosting the Lions and Buccaneers in Indianapolis.

The Colts' 2022 regular season schedule features games against Russell Wilson, A.J. Brown, Khalil Mack and a number of other star players who changed teams this offseason.

The Colts will look to end an eight-game season-opener losing streak at NRG Stadium against Lovie Smith's Houston Texans on Sept. 11.

The Colts' full 2022 regular season schedule will be released at 8 p.m. Thursday night.

Tickets for all home matchups at Lucas Oil Stadium are on sale now.

Find Tickets
Advertising
The browser you are using is no longer supported on this site. It is highly recommended that you use the latest versions of a supported browser in order to receive an optimal viewing experience. The following browsers are supported: Chrome, Edge (v80 and later), Firefox and Safari.